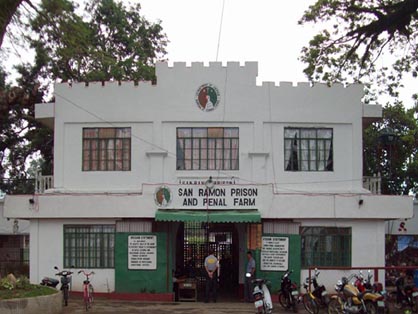 SAN RAMON PRISON AND PENAL FARM:  According to historical accounts,  the San Ramon Prison was established in southern Zamboanga on August 21, 1870 through a royal decree promulgated in 1869.  Established during the tenure of Governor General Ramon Blanco (whose patron saint the prison was named after), the facility was originally established for persons convicted of political crimes.

Considered the oldest penal facility in the country, prisoners in San Ramon where required to do agricultural work.

During the Spanish-American War in 1898, the prisoners in San Ramon were hastily released and the buildings destroyed.  In 1907, the American administration re-established the prison farm.  In 1912, Gen. John Pershing, chief executive of the Department of Mindanao and Sulu, classified the institution as a prison and penal colony and therein confined people sentenced by the courts under his jurisdiction.  Under 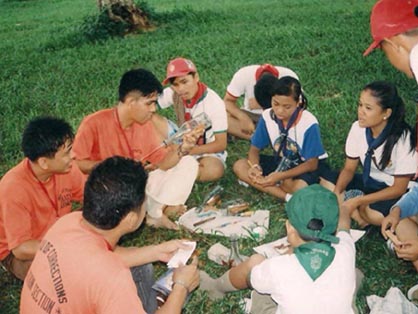 Pershing’s supervision, several buildings with a capacity for 600 prisoners were constructed.  After several years, the colony became practically self-supporting with 75,000 coconut trees, which were planted at the beginning of Pershing’s administration, contributing to the colony’s self-sufficiency.  Aside from coconuts, rice, corn, papaya, and other crops were also cultivated.

On November 1, 1905, Reorganization Act No. 1407 was approved creating the Bureau of Prisons under the Department of  Commerce and  Police,  integrating the Old Bilibid Prison,  San  Ramon Penal  Colony, and Iwahig Penal. The Philippine Coconut Authority took over the management of the coconut farm from San Ramon.

In 1995, Congresswoman Maria Clara Lobregat proposed the transfer of San Ramon Prison to Bongiao town, in the mountainous area of Zamboanga, to give way to a special economic zone.